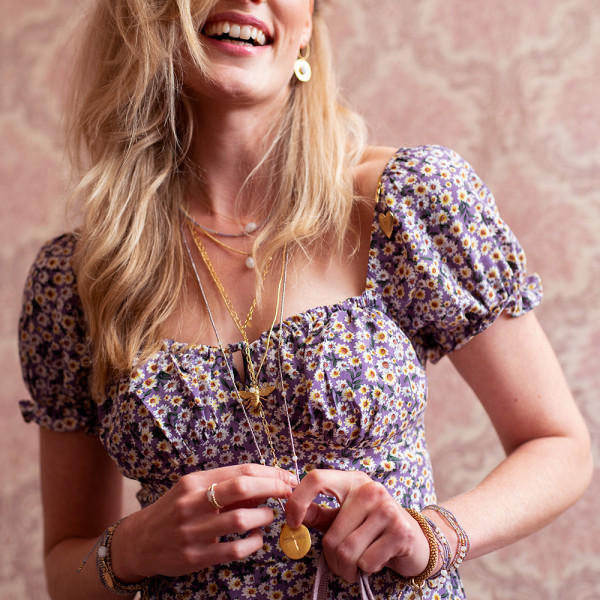 Moonstone is a true storyteller. Stories from Hindi and ancient Greece. Stories from the Romans and the first land dwellers. Moonstone has many names as this gemstone has been greatly admired throughout the centuries. Including the Art Nouveau period. During that period, moonstone became popular among famous creators who designed large quantities of jewelry with moonstone in necklaces, bracelets, and earrings.

In Greek, moonstone is called Selene (moon) or hecatolite. After the Greek goddess of the moon. The moon goddess was worshipped by the first land dwellers. They offered her black lambs, dogs, and honey. Her symbol is the willow. It’s a symbol of sorrow and mourning, but also of fertility because of its branches’ graceful, swaying movement in the wind.

Moonstone is the fertility gemstone. That’s why she was placed near trees and plants to increase the crop yield. Nowadays, moonstone is still worn by women who would like to become pregnant, are pregnant, or have just given birth. In Arab countries, the gemstone is sewn into clothing in a non-visible place. For fertility, protection, and feminine wisdom.

In Hindi, moonstone is called Chandrakanta, which means woman of the moon. The Romans believed that moonstone was formed from frozen moonlight. Frozen moonlight. We deliberately repeat this beautiful image. And in India, it is believed that it brings the wearer beautiful dreams. Still others claim that they can see the cycle of the moon in the gemstone. Or that the gemstone can be cut to reveal the face in the moon.

The moonstone can be found in different colors: gray, brown, yellow, green, and pink. A Beautiful Story uses the white moonstone. White represents a new beginning. A new life, a new adventure. Full of ideas and inspiration. This matches the symbolism of fertility. The milky glow matches every outfit and occasion. A gemstone that loves you, to the moon and back.